We’re thrilled to introduce the amazing instructors for this year’s Summer Educational Institute, many of whom are joining us for the first time! We’ll be highlighting one instructor from the 2017 curriculum each week, so be sure to stay tuned.

We’re happy to introduce Lisa Gregory, Program Coordinator for the North Carolina Digital Heritage Center. Lisa will be leading our Digitization Basics Workshop. Plan for your next digitization project in this workshop! We’ll cover scanning specs, budgeting, staffing and equipment considerations, grant writing and contract negotiations. We’ll discuss a variety of hardware and software option for a range of materials and project needs. Come with questions, leave with answers! 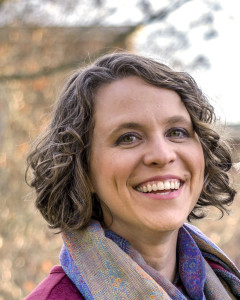 Lisa was a 2012 recipient of the Library of Congress National Digital Stewardship Alliance Innovation Award, which honors those who exemplify creativity, diversity and collaboration essential to supporting the digital community as it works to preserve and make available digital materials. Check out this interview with her. And Register for SEI to benefit from her knowledge directly!

6 weeks from today SEI will be happening! If you’d like to bunk in the dorms at $53 per might, those arrangements will need to be made by next Friday, May 5. If you’d like to book a room at the Franklin in, the block group rate of $165 per night can be secured until May 12th. There are a limited number of rooms at that price. An email will be sent to all registered attendees with the booking code.
In its 14th year as a joint program between the  Art Libraries Society of North America (ARLIS/NA) and the Visual Resources Association Foundation (VRAF), SEI 2107 will be held at the University of North Carolina, Chapel Hill, from June 6-9, 2017.Read all about SEI at http://seiworkshop.org where you can find our Statement of Inclusivity, info about registering, accommodations, curriculum and much more.

SEI provides both new and more experienced professionals the opportunity to stay current in the rapidly changing fields of digitization, project management, fair use and copyright, metadata, and digital asset management, as well as significant networking opportunities. As a 2015 SEI graduate noted, “The curriculum was excellent in scope, striking a balance between detailed, practical exploration of relevant skills & tools, and putting these in the context of broader issues in visual resources/arts librarianship.”

See you in North Carolina!

Attention Northern California folks! The local ARLIS/NA and VRA Chapters are holding a joint spring meeting on May 19. Attendees do not need to be members of either chapter, but they will be encouraged to join! The agenda looks like a great opportunity to explore and learn.

Details from the Chapters:

Please join us in Berkeley on Thursday, May 19 for the ARLIS/NA Northern California and VRA No Cal joint 2016 Spring Meeting!

We will be starting the day at Berkeley Art Museum / Pacific Film Archive. The afternoon will be business meeting and a workshop by Cultural Heritage Imaging.

Agenda and details for you to join us!

Having recently completed a thesis on copyright for cultural heritage, and started an archiving contract with a law firm, I felt reasonably confident about my grasp of most aspects legal of the GLAM field. (I have also read the Canada Evidence Act. A lot.)

Boy, was my face red when I discovered there is a Center for Cultural Heritage Law, that had somehow eluded all my research attempts. And similar think tanks, under various names, like the Institute for Art and Law. There is a very real legal sub-field, just for us!

The Center and the Institute have their respective blogs (mostly promotional, sometimes informative), issuing opinions and decrees on everything from: how Detroit’s bankruptcy relates to their art collections, the return of looted cultural property, tax exemptions and receipts for art, theft and forgery, copyright and originality, technology and privacy …. it’s all there.

The Center also publishes the Journal of Art, Technology, and Intellectual Property Law, which I am now bulk-downloading before I graduate and lose my database access. They’re even hosting a debate competition on changes to the Visual Artists’ Rights Act, in February 2015.

The American Bar Association has a committee (loosely associated with the Center) on Art and Cultural Heritage Law, and the Center also collaborates with the Lawyers’ Committee for Cultural Heritage Preservation (I’ve linked to their list of art-and-law courses offered by American universities, just in case you need an elective).

It looks to be an emerging field, and I question whether there is space within information-science programs to incorporate the numerous lessons that cultural heritage law can offer. In my experience, legal compliance was mentioned ambiguously in my records-management class, and copyright was alluded to in the introductory “information and society” course. But pursuing a more in-depth course of study on legal issues was left to independent credits.

Besides the legal angles of running a cultural heritage group / institution / consultancy / what-have-you, we obviously have an interest in questions such as whether Vivian Maier’s phenomenal photos are considered “property” in the case of defaulting on a storage locker (and whether copyright is a “property” included in a storage contract):

“… not only will a lot of Maier’s work be tied up in litigation for years, it may not be able to be reproduced in books or shown in art galleries until everything is said and done. This is beyond unfortunate, and, in many ways, not what copyright law was intended to do.”

Or how to deal with art forgeries in our collections:

“… the former registrar of the Cincinnati Art Museum, Matthew Leininger, one of the first museum professionals to latch on to Landis’s faked donations, but whose obsession with his nemesis led to his eventual dismissal and whose young daughter can readily identify the subject of her father’s crusade with a disturbing familiarity.”

Or where our work sits on the line between intellectual freedoms, privacy, and protection from “hostile work environments:”

The Equal Employment Opportunity Commission (EEOC), Minneapolis Area Office, issued a Determination that the Minneapolis Public Library subjected librarians employed by the library to a “sexually hostile work environment” in violation of Title VII of the Civil Rights Act of 1964 for maintaining a policy of unrestricted Internet access.

(I also zipped through this long-form about rare book theft last week, which has some hilariously botched sting operations, among other things.)

Let me know about your program in the comments — does your project management class discuss insurance, appraisals, and liability? Do you talk about salaries and working conditions in the field, and delve into issues of gender parity and harassment, workplace health and safety (like breathing mould), or academic rights and freedoms? Could you write an acceptable term paper on the issues surrounding the indexing and return of looted art (and how linked data could aid this work in the future)? Or the contract issues around hiring an independent conservator? Or what happens when collections merge, as in the Corcoran, or the Glenbow? Or a comparative look at legal environments for cultural heritage work across the world?

Trevor Owens, Digital Archivist with the National Digital Information Infrastructure and Preservation Program (NDIIPP) at the Library of Congress, will give a lecture titled “From Records to Data: Seeing and Sharing Digital Cultural Heritage Collections Differently with Recollection” at Brooklyn Public Library’s Dr. S. Stevan Dweck Center for Contemporary Culture on Thursday, May 19th from 3-4:30pm.

Owens will introduce and demonstrate the utility of Recollection, a free open source platform for generating and customizing views (interactive maps, timelines, facets, tag clouds) that allow scholars, librarians and curators to explore digital collections in novel and intuitive ways. This demonstration will show how content stewards can ingest collections from spreadsheets, sets of MODS records, or RSS and Atom feeds and then generate a range of interactive visualizations, including charts and maps, as well as sophisticated faceted browser interfaces for users of their digital collections.

We especially invite students and professionals interested in cultural heritage, digital curation and preservation, information visualization and other similar fields to attend.

We are a section of ARLIS/NA that provides resources and creates a community for students & new professionals interested in Art Librarianship. This website is an open forum for sharing ideas & knowledge, exploration & scholarship in a supportive and inclusive atmosphere. Questions? Email arlisnap.na@gmail.com.